Two agencies. The one client.

I first worked with QBE at ArmstrongQ designing their 2018 Sustainability Report, it might seem conservative compared to the other reports I’ve done but it was a big change from the previous year. We pushed them towards a more editorial format, one that would be more for a more enjoyable reading experience instead of a text heavy document. I also designed a new strategy framework that could be used across the board.

The idea of a strategy on a page was developed by Giles, the former creative director of Republic of Everyone, while Eli the former head of design pushed for a report that is designed to want to be read with Mirvac’s report. Their approach to reporting has been instilled in me since I walked into the doors of the agency as a junior designer. I tried to carry this legacy through into the 2018 Sustainability Report with ArmstrongQ.

QBE then later became a client of Republic of Everyone at a time I happen to be working and I had the opportunity to push the design even further with ‘Ten Ways to Be a Sustainability Champion’, an internal document that is a companion to the sustainability report.  The full report can be viewed here. 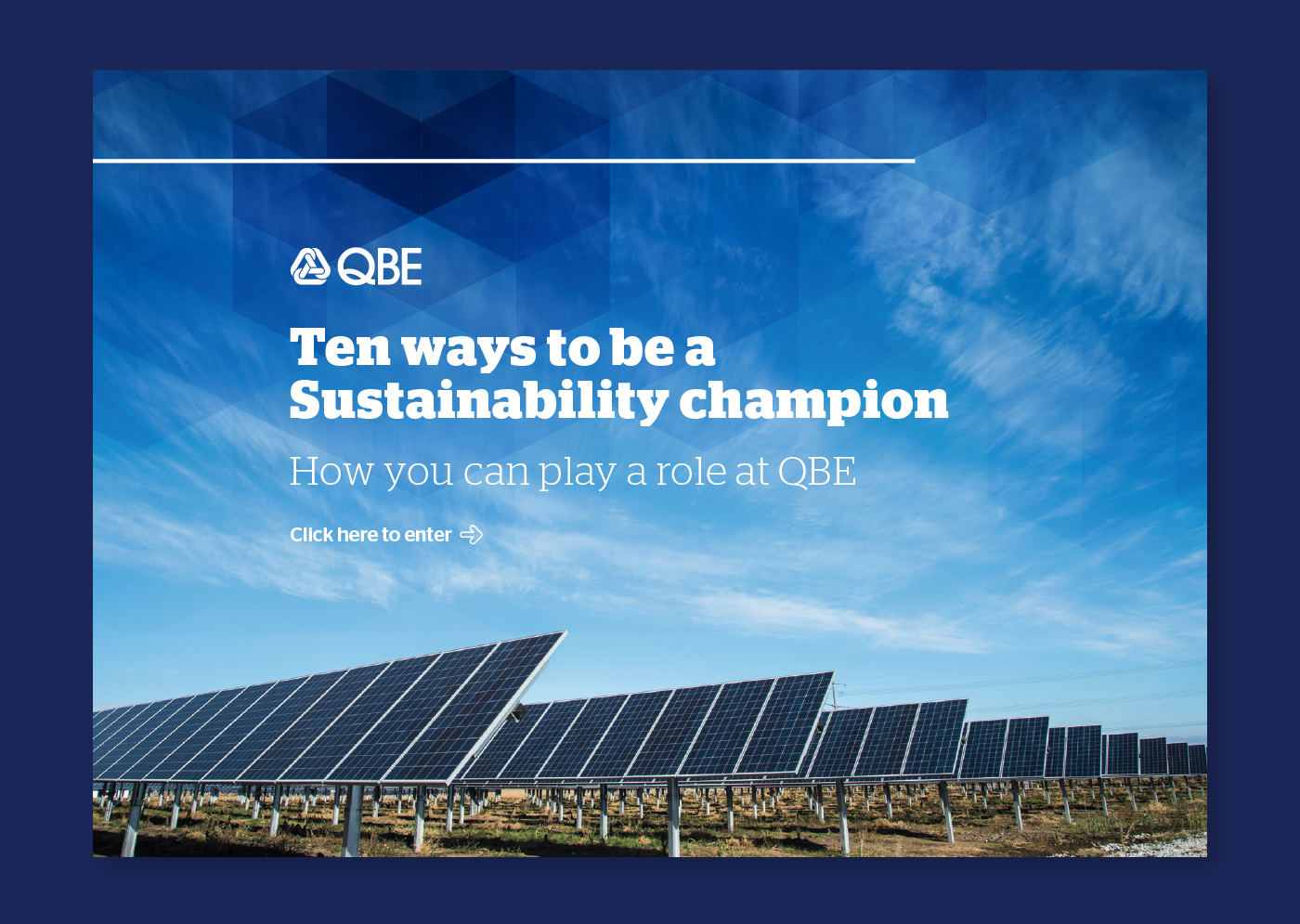 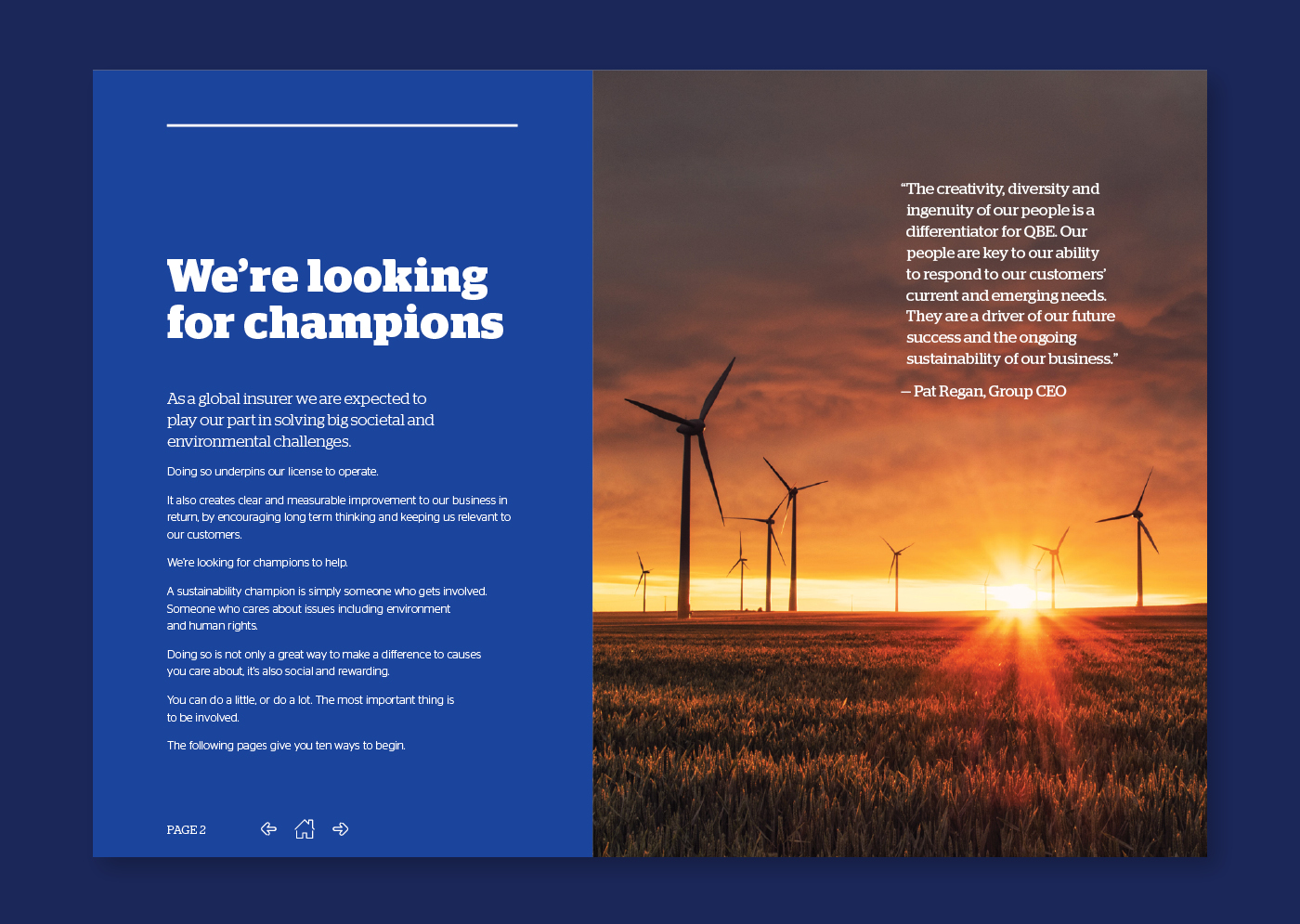 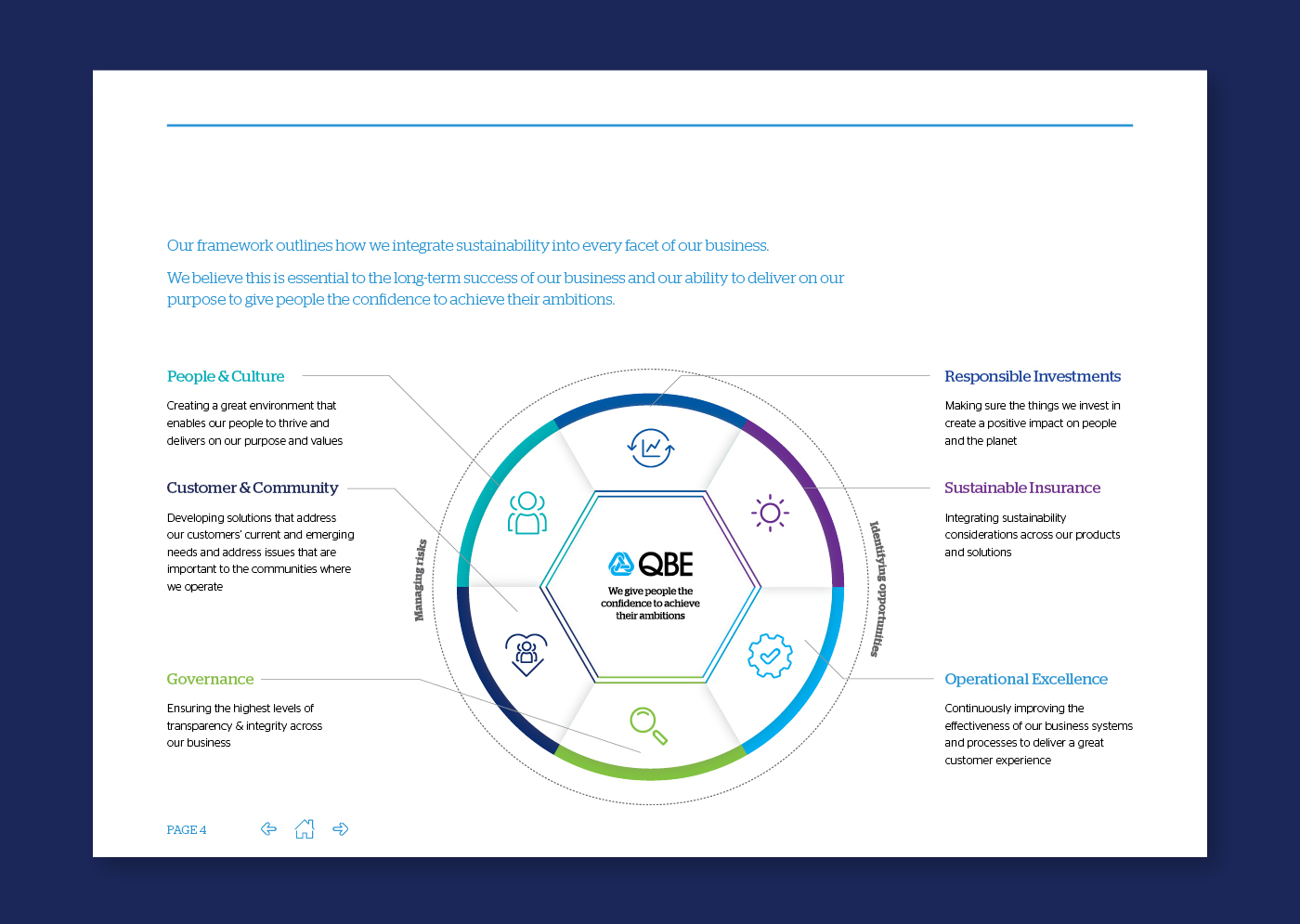 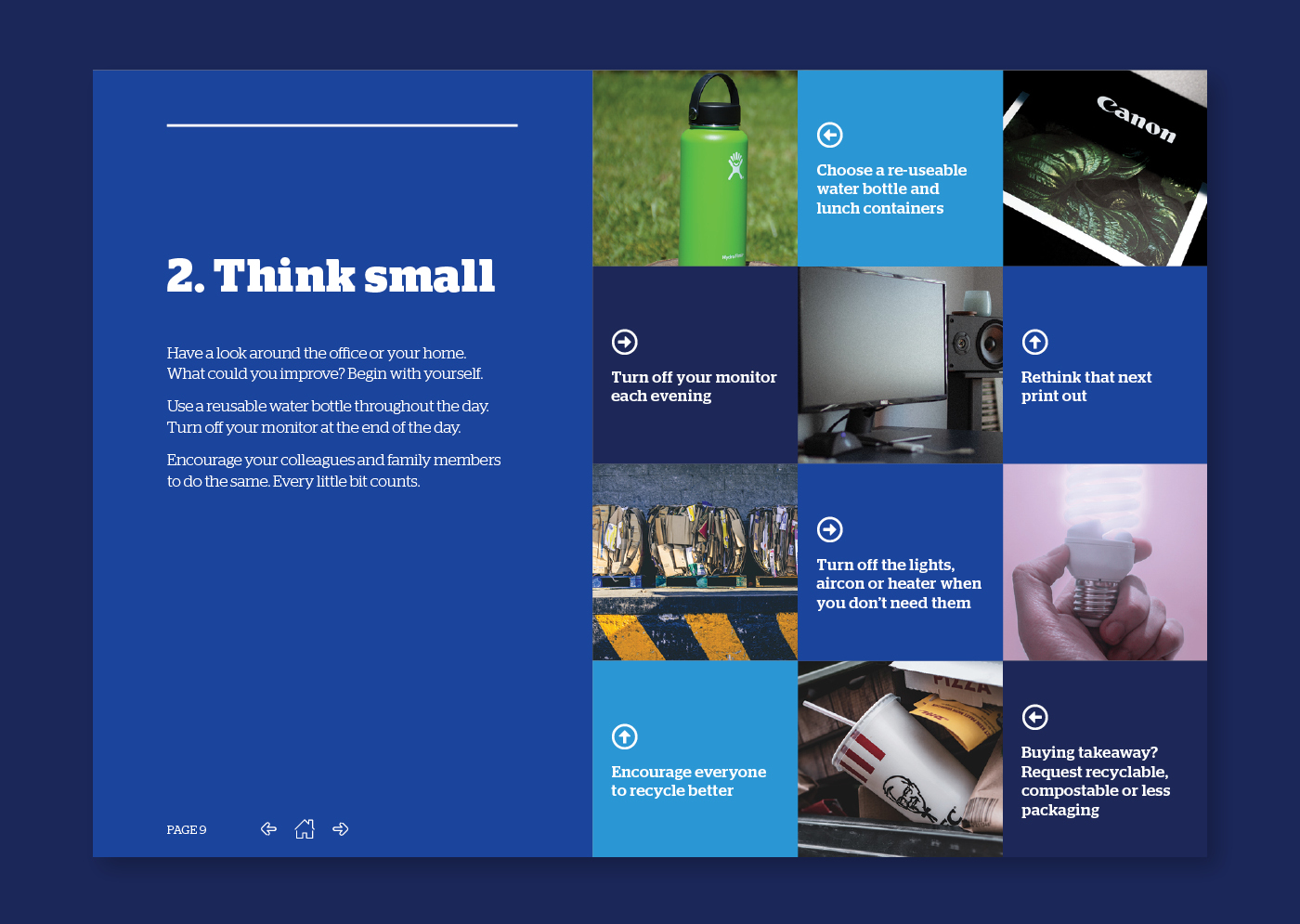 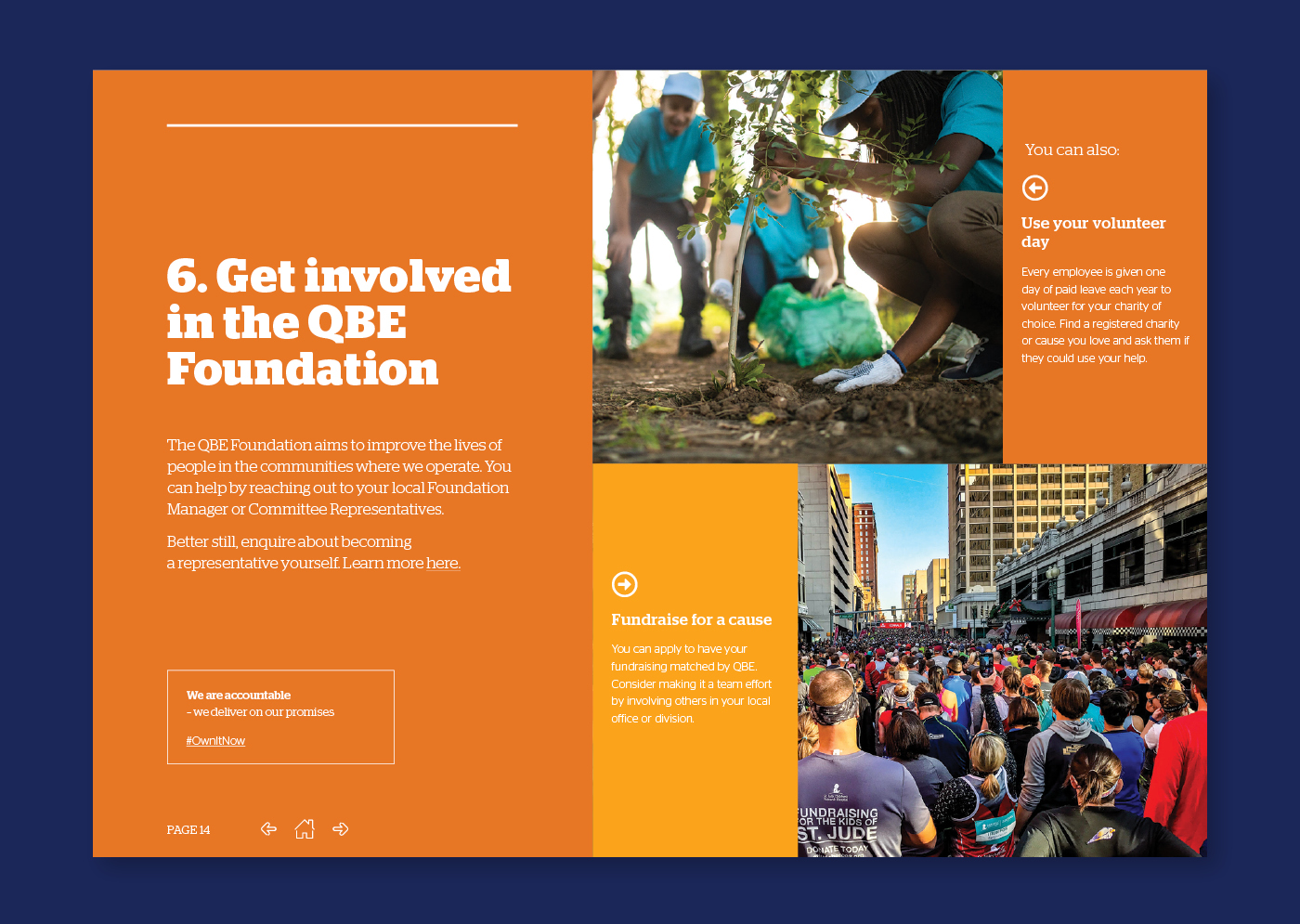 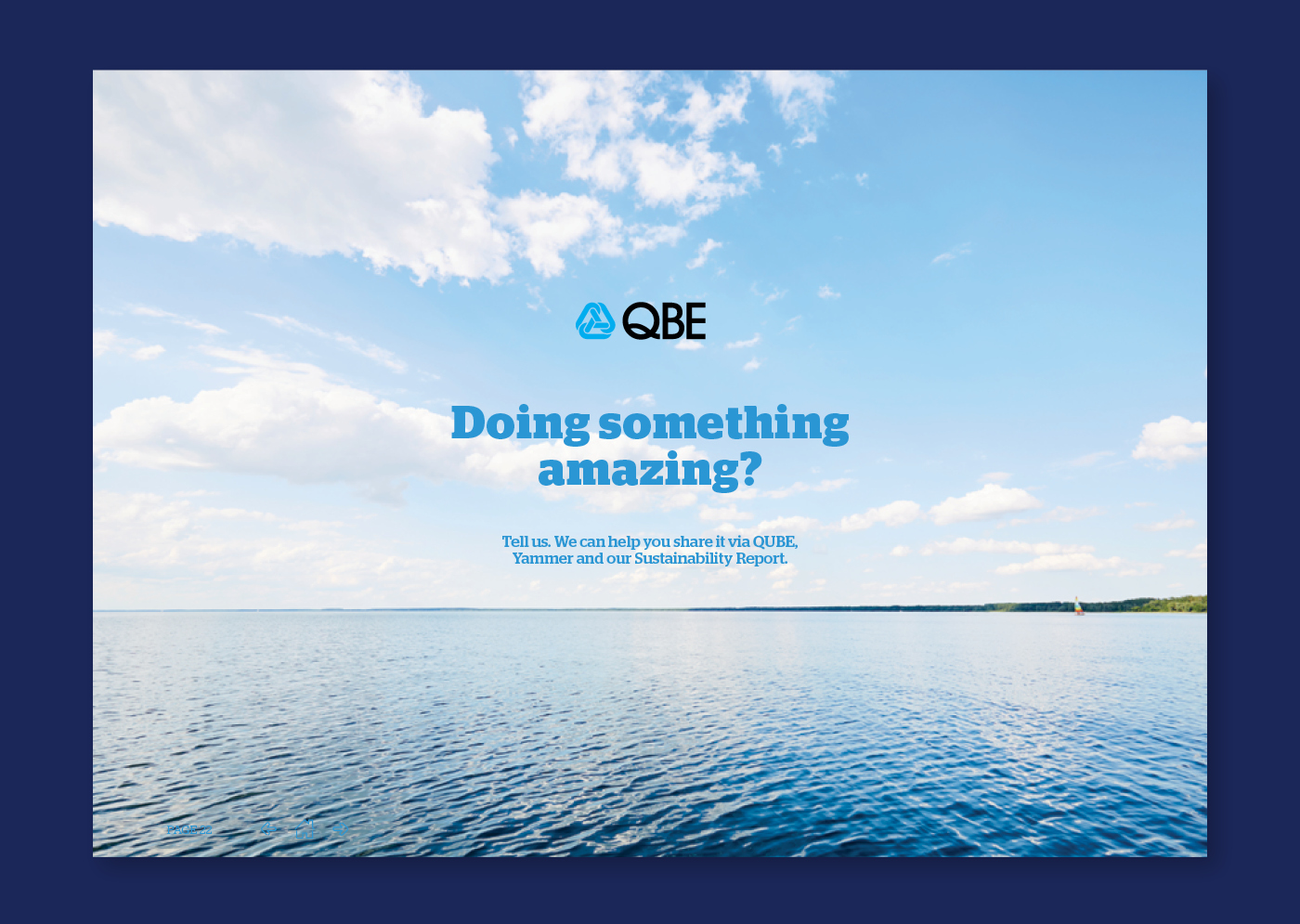